Dr. Edmund Chein, M.D., author of Age Reversal, Bio-Identical Hormones and Telomerase, and Living to 120 and Beyond, has appeared on numerous radio and television shows. 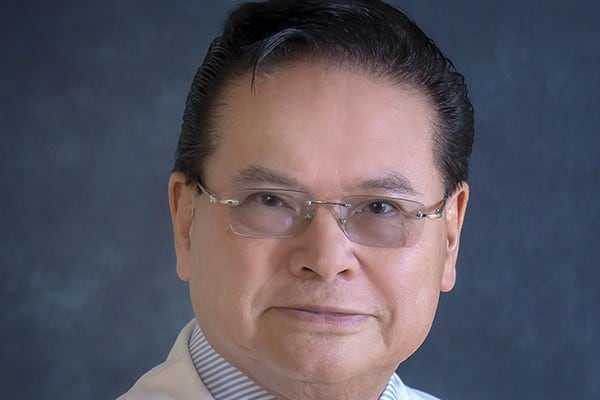 Dr. Chein is a practicing physician in Palm Springs, California who is regarded by many as one of the founding fathers of longevity and anti-aging medicine. Today, he is known as one of the best bioidentical hormone doctors in the world.

His method of “life extension” was recently validated by achieving a biological age of 34 as measured by telomere length in the DNA at the calendar age of 61. His patients, who had followed him since 1994, achieved similar results.

He is offering a cash reward of $25,000 to the public for anyone who can show a difference of greater than 27 years between the person’s biological age and calendar age.

Dr. Chein was trained at the University of Southern California Medical Center in Rehabilitation Medicine – a specialty focused on restoring function to disabled patients. Now, Dr. Chein has narrowed his specialty to rehabilitating those suffering from the disease of “aging.” He considers aging to be a disease because aging, like any other disease, ultimately leads to death.

Dr. Chein learned the importance of hormone balancing during the years he replaced hormones in patients with damaged glands. In the early 1990s, he researched and discovered the miraculous benefits of the total hormone balancing treatment. His study with Dr. Cass Terry of the Medical College of Wisconsin showed that by replacing and balancing all the hormones in one’s body, a person can improve and normalize the body’s systems and functions that deteriorate with age.

This results in REVERSING one’s biological age and eliminating age-related diseases such as elevated cholesterol, increased body fat, decreased energy and stamina, decreased immunity, decreased sexual functions, and wrinkling of skin. Together, they completed the largest study to date (of 1,000 human subjects) on supplementing growth hormone and other hormones to achieve reversal of biological age.

Hormone specialist, Dr. Chein’s work has been discussed in Newsweek, Health and Medicine for Physicians, Ability, Cosmopolitan, and Life Extension Magazine, to name a few.

In 1994, Dr. Chein founded the Palm Springs Life Extension Institute. The Institute is visited by hundreds of new patients from all over the world, and has the largest clinical client base in hormone replacement therapy. In 1996, he founded the American Academy of Longevity Medicine for bioidentical hormone physicians and scientists to pursue and exchange ideas regarding this new specialty.

He has been granted three patents by the United States Patent and Trademark Office for his discoveries in Total Hormone Replacement Therapy, Method of Hormone Treatment for Patients with Multiple Sclerosis, and Reversal of Coronary Blockages.

In addition to his medical degree, Dr. Chein has a Bachelor of Arts degree in Psychology from the University of Southern California and a Juris Doctor degree from Southwestern University School of Law.

Dr. Chein is often asked to speak publicly. Contact us for more information.